Stephen Williams reports that an intermediate level state appellate court, in a 4 to 1 ruling, has reversed a lower court decision that tree cutting to construct community connector snowmobile trails was not unconstitutional. The appellate court ruling was based upon an interpretation of the word “timber” in the forever wild clause of the New York Constitution. The forever wild clause of the Constitution prohibits the cutting of “timber” on forest preserve lands. The question before the court was whether small trees, such as seedlings, saplings and brush count as “timber.” A decision of the highest state court has interpreted that clause to prohibit “timber” cutting to a substantial or “material degree.” The appellate court decision, which ruled that small trees are included as “timber” is available at law.justia.com

Review Board position on Protect’s lawsuit to prohibit tree cutting necessary for the construction of community connector snowmobile trails.

The relevant portion of the forever wild section of the New York Constitution provides that:

“The lands of the State, now owned or hereafter acquired, constituting the forest preserve as now fixed by law, shall be forever kept as wild forest lands. They shall not be leased, sold or exchanged, “nor shall the timber thereon be sold, removed or destroyed.”

The leading case on tree cutting in the forest preserve is the 1930 Court of Appeals case Association for the Protection of the Adirondacks v. MacDonald, 253 N.Y. 234. The court in that case held that legislation authorizing the cutting of 2,500 trees to construct a bobsled run for the 1932 Olympics was unconstitutional. It was estimated that 4.5 acres of land would be cleared.

The court in dicta reasoned that the words of the Constitution “… must receive a reasonable interpretation, considering the purpose and object in view, and “(T)he purpose of the constitutional provision, as indicated by the debates in Convention of 1894, was to prevent the cutting or destruction of timber or the sale thereof, as had theretofore been permitted by legislation …”

The court also stated that the Convention intended “… to prohibit any cutting or any removal of the trees and timber to a substantial extent. The Adirondack Park was to be preserved, not destroyed. Therefore all things necessary were permitted, such as measures to prevent forest fires, the repairs to roads and proper inspection, or the erection and maintenance of proper facilities for the use by the public which did not call for the removal of the timber to any material degree.” The court added that: “a very considerable use may be made by campers and others without in any way interfering with this purpose of preserving them as wild forest lands.”

The dicta in MacDonald emphasized that the Forest Preserve is for the use of the public. The Court found that the Constitutional focus is to prevent the sale of timber, as authorized in 1893 legislation, rather than immaterial cutting of timber to accommodate reasonable uses.

Protect appears to argue that “timber” is indistinguishable from “trees,” based on the vegetation they counted as timber, which was about five times more than DEC’s count. The dictionary definition of “timber” is “… trees capable of being squared into beams, boards or planks to be used in construction.”

Not all woody stems are considered to be trees.

Not all woody stems are “timber.” That’s why we have words for saplings, brush and seedlings. They are not capable of being used for dimensional construction lumber. In fact the 1915 Constitutional Convention proposed an amendment to add the word trees to timber in the forever wild clause and the amendment failed to pass.

The Merriam Webster Dictionary definition of “sapling” is a young tree, specifically not over 4 inches in diameter at breast height.

“Brush” is defined as scrub vegetation.

A “seedling” is defined as a tree not yet 3 feet high.

It appears that Protect counted brush, saplings and seedlings as “timber.” That is a flawed counting method that leads to incorrect conclusions regarding the constitutionality of the cutting for community connector trails. No reasonable definition of “timber” includes every woody stem.

Protect also counted stumps. The accepted tree counting method is to count trees over 3 inches in diameter at breast height, which is 4.5 feet above the ground, not the stump near ground level. DEC believes Protect counted dead and diseased trees, and trees that are hazardous to the public.

In the 1993 Appellate Division Third Department case, Balsam Lake Anglers Club v. DEC the court held that the cutting of 350 trees for five parking lots, a new hiking trail, and a cross-country ski trail was not unconstitutional.

The court quoted the MacDonald case that “… only those activities involving the removal of timber to any material degree’ will run afoul of the constitutional provisions. The court found that the cutting of 312 saplings was cutting of “… vegetative growth that DEC does not classify as trees,”

It is also relevant that the trees cut and to be cut on the trails are dispersed along the trail and will result in retaining a canopy above the trail. In the MacDonald case the cutting would have cleared 4.5 acres for new construction and would have destroyed the canopy. The finished trails will have the character of a foot trail.

We believe that this lawsuit, at its core is motivated by an attempt to minimize snowmobiling. It is about attempting to stop snowmobile trail building.

DEC spent five years working with a diverse group on a snowmobile guidance document, which has been adopted. The proposed trails will stay within the SLMP requirement that there not be any “material increase” in the snowmobile trail mileage existing in 1972.

It should also be noted that a finding of a constitutional violation in this case could affect new hiking trails and even maintenance of those trails in Wild Forest areas. 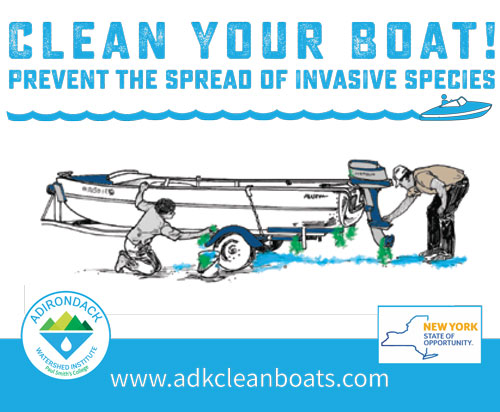